– Co-founder of APEGO & co-developer of the EQS –

Birger Gieseke has been working now with horses for more than 40 years.
Together with his friend Tony Lander, he developed the Equine Quality System (EQS).
His knowledge, his experience and his abilities are the result of his studies and an intensive learning process. In his philosophy as a Horseman, Birger sees the coexistence of a horse and a human on a partnership basis, in which the human takes the lead in consideration of the natural laws and the needs of the horse.

During a trip to the USA in 1981, Birger was greatly impressed and inspired by Horsemanship. Due to this he attended numerous courses and seminars with famous instructors such as Bobby Ingersoll, Dell Bell and Freddy Knie Senior.
Success was not long in coming and in almost all disciplines of Western riding, Birger succeeded and won, regardless of Trail, Western Pleasure and Reining Futurity. He became a German champion in Reining and Working Cow Horse, as well as European champion in the Junior Reining. 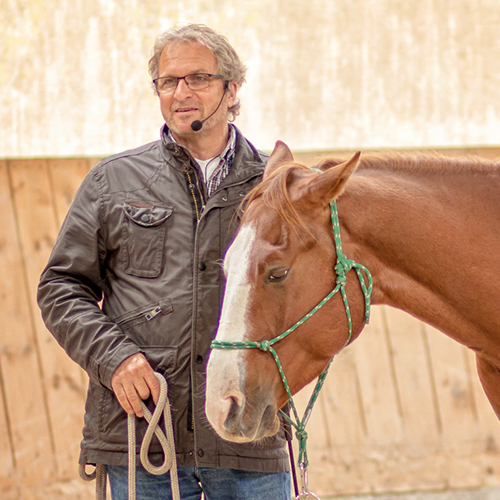 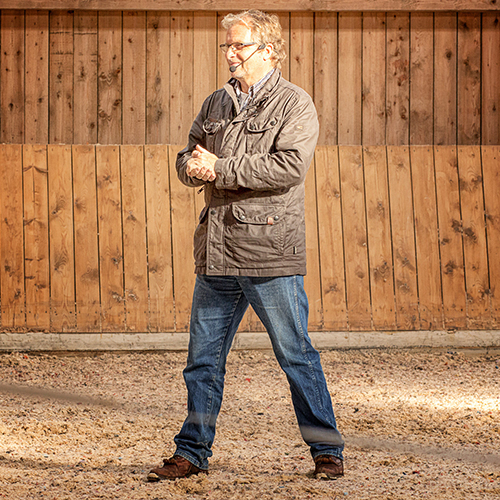 During this time, Birger began to teach and to successfully convey his training methods. In 1991 he finally faced the decision to change his profession into that of a Trainer for horses and did not regret it so far.
Since that time, Birger has been organizing seminars of Horsemanship and has become a 5-star instructor meanwhile. At first, he fascinated the people of Germany before spreading his vision of partnership-based natural horse training in Europe and Australia. In his seminars, Birger is teaching an understanding of Horsemanship which he learned from other great Horsemen and has gone on to further develop this knowledge himself!

The International Horseman Institute is another milestone in the recent history of the Equine Quality System. With his Australian friend and colleague Tony Lander, Birger has founded the Institute and developed the famous EQS. Since then, Birger and Tony have been supporting people who want to learn a responsible approach to their horses at the highest level. 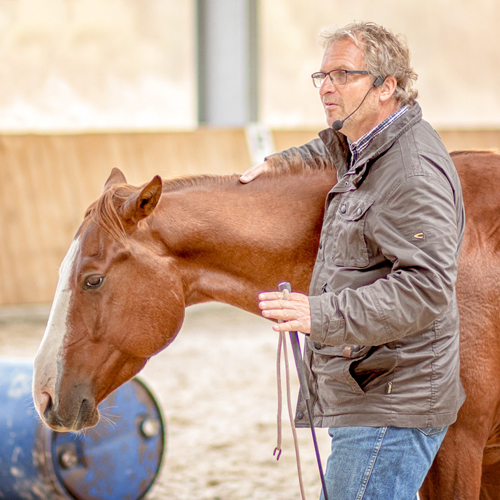 „You think it´s the horses fault?
Look in the mirror. You´ll probably find the answers.“